How does Wakaba mark look ?

Wakaba mark is a yellow and green V-shaped symbol -> 🔰 Because of its bright colors it is easily recognized in road traffic. Unlike other driver signs, design of Wakaba mark has not changed since its first introduction.

What is the meaning of Wakaba mark?

Wakaba mark is created to warn other participants of traffic that the marked driver is not very skilled. Once you see a “beginner” car you should be extra careful and show patience towards beginner drivers. You are not allowed to do dangerous driving like pulling up alongside the cars with these sticker or “cutting in front”. Such actions if reported may be resulted in fines and driver’s licence penalty points.

Wakaba mark should be place not lower than 0.4 m and not higher than 1.2 m.

How long should new driver keep this mark?

New drivers in Japan must display on their front and back side of their cars for period of 1 year after they obtained driver’s licences. Even after the period of a year drivers may continue to display the sign. Those new drivers who do not follow rules and do not attach Wakaba mark may be punished by authorities.

Other use of Wakaba mark

Wakaba mark is also used beyond driving context where is necessity to indicate beginner status. For example, some manuals has this mark. Gamers can see this mark when choosing level of difficulty. New employees may also have the mark on their name badges.

Wakaba mark is also popular among JDM (Japanese Domestic Market) beginners and used by JDM enthusiasts in other countries, such as Australia, Malaysia, Malta, New Zealand, the U.K and U.S.A. to show their passion and interest in JDM culture.

Some transform Leaf-shape mark and replace the original green and yellow colors with their own flag to distance themselves from the “beginner” label, while still showing their enthusiasm for JDM car culture.

How to avoid radioactive cars from Japan (Updated)

Your car arrived from abroad to the port? Battery is dead? Here’s how to bring ANY dead battery back to life again

This site uses Akismet to reduce spam. Learn how your comment data is processed.

Is there any car history report in Japan like CarFax or...

How to avoid radioactive cars from Japan (Updated) 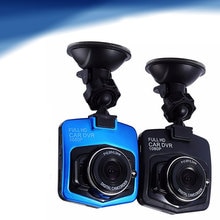